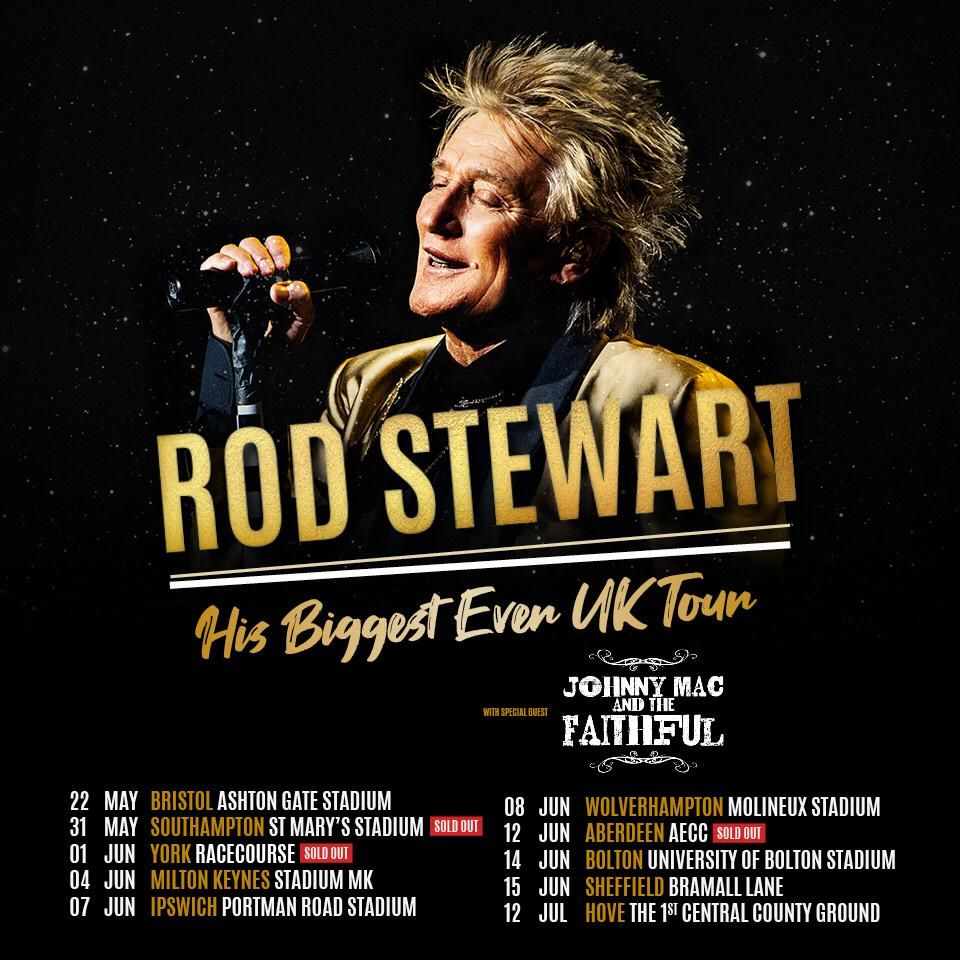 Johnny Mac and the Faithful are a band of lifelong friends who can kickstart any party with their jamboree of celtic-folk and Rock ‘n’ Roll.   Performing with their hearts on their sleeves, their barn-bursting set, influenced by their love of The Pogues, Bruce Springsteen, Woodie Guthrie and The Waterboys  managed to attract the attention of none other than Sir Rod Stewart.…..which led to them being asked to open for Rod to warm up the crowd on his largest ever UK outdoor stadium tour earlier this summer playing to over 300,000 fans.

Made up of John Mclaughlin (lead vocalist), Gordy Goudie (lead guitar), Stevie Morrison (drums), Tam McKinley (bass), Joe Gallacher (guitar), Terry Dourish (keys and accordion), Calum McGregor (accordion) and Lisa Petticrew (fiddle), the band are a tombola of musicians with Scottish and Irish roots…who have each travelled many a different musical route to meet at the end of the same well-trodden road.  Like a raggle-taggle hoard of troubadours they roll from gig to gig, playing their own brand of uplifting, joyful 3-chord wonders, covering Irish folk classics as well as a string of original songs from their latest ‘Took a Train’ EP 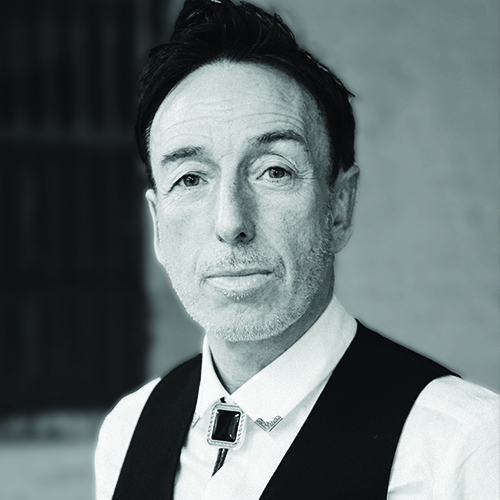 John says “Individually we have been blessed to have played and worked with some of greatest and infamous stars of our time from the Pogues iconic frontman Shane MacGowan, to the enigmatic Echo and the Bunnymen, Glasgow’s own sons the Simple Minds and Ireland’s finest stompers The Dubliners”

The band had previously opened for Sir Rod at Glasgow’s SSE Hydro in 2017 at a concert celebrating the 50th anniversary of Celtic Football Club’s 1967 European Cup victory.  Rod watched their performance at the Hydro show and realised they were the same band he’d heard blaring through the tannoy at Celtic on match days.

John added: “We couldn’t believe it… Rod Stewart the world-famous rock legend was digging our wee Celtic rock band… that was mind blowing!”  …later that year Rod heard a backing track playing on Celtic TV and tracked down the writers only to discover it was once again John and Dave from the band; The song became ‘Julia’ which appears on his number one album ‘Blood Red Roses’.

From there grew a true bond of friendship between the two Celtic-Soul brothers who are from very different ends of the music business and life itself. But they have two very common themes that have bonded them together…. their unashamed love of Celtic FC and the all-encompassing love of Rock’n’Roll.  It was this striking friendship that would see Rod invite John and his band to open up for him on his 2019 Summer Stadium tour where the reaction from Rod’s fans was so overwhelming that Rod himself invited them back for the Winter Arena tour. 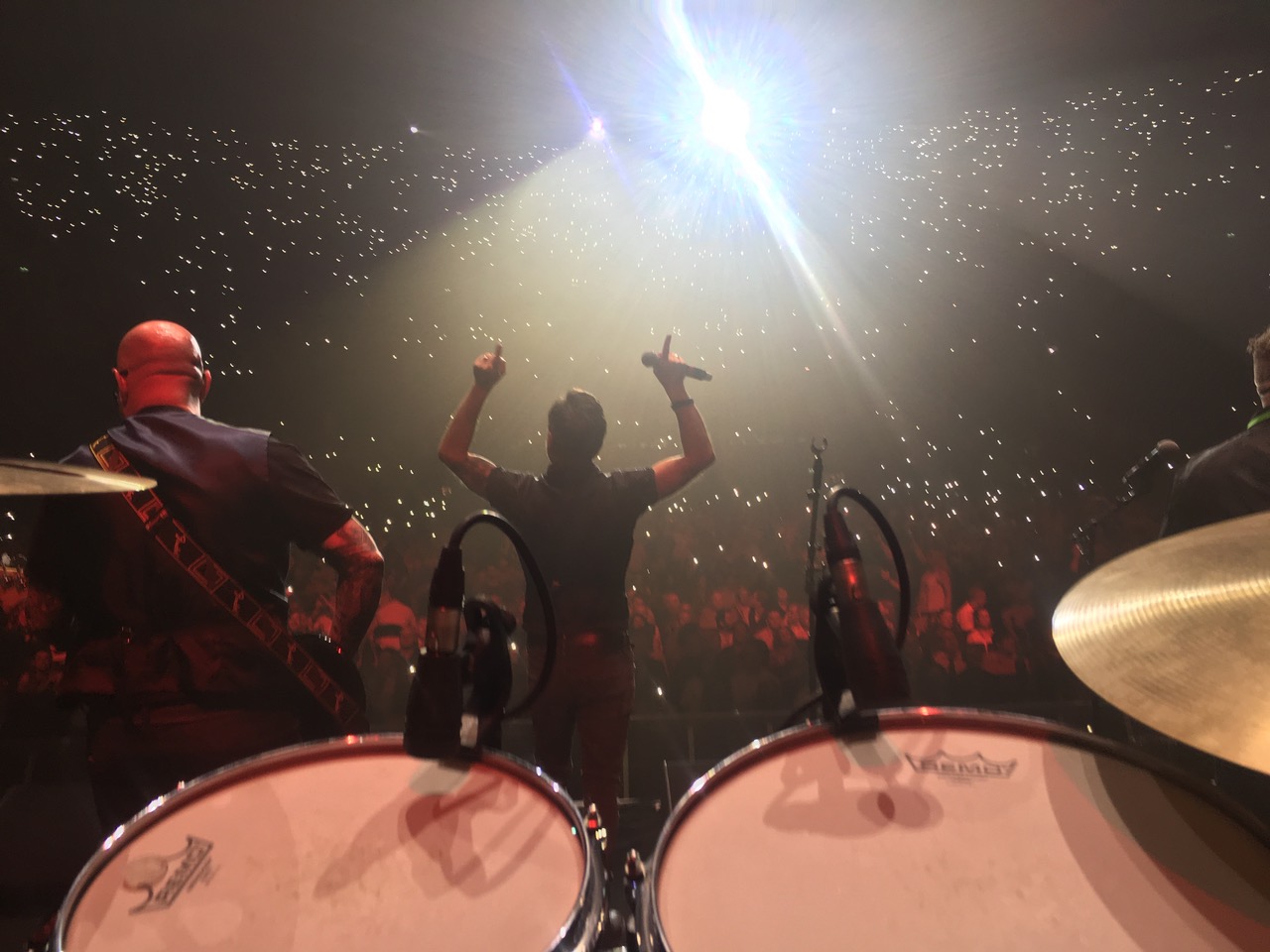 Speaking about bringing Johnny Mac and the Faithful on tour again, Rod said: “Johnny and the guys went down a storm on the summer dates of the tour…The best opening act I’ve ever had!  They were a massive hit with the fans, so I’m delighted they wanted to come on the road with us for the winter dates.”

John says. “we are just loving being up on stage. To be on tour with Rod and play our music to hundreds of thousands of his fans makes us feel very proud, blessed and thankful.”

The band have performed at many of Celtic’s charity events over the years and John even wrote a charity single for the club back in 2002, ‘Best Day of Our Lives’ which he performed with the 1967 team players ’the legendary Lisbon Lions’ and then Celtic FC manager, Martin O’Neill, who’s passionate monologue is included on the record. The single, which saw a host of celebrity Celtic fans feature in the video…including Billy Connolly and Rod Stewart,  reached no.17 in the UK charts and was featured on Top of The Pops!

With four ‘Celtic FC Football Anthems’ albums under their belt, and their latest EP ‘Took a Train’,  Johnny Mac and The Faithful are now recording an album of their own original Folk and Rock songs to be released later this year to coincide with their UK Headline tour in Feb/Mar 2020